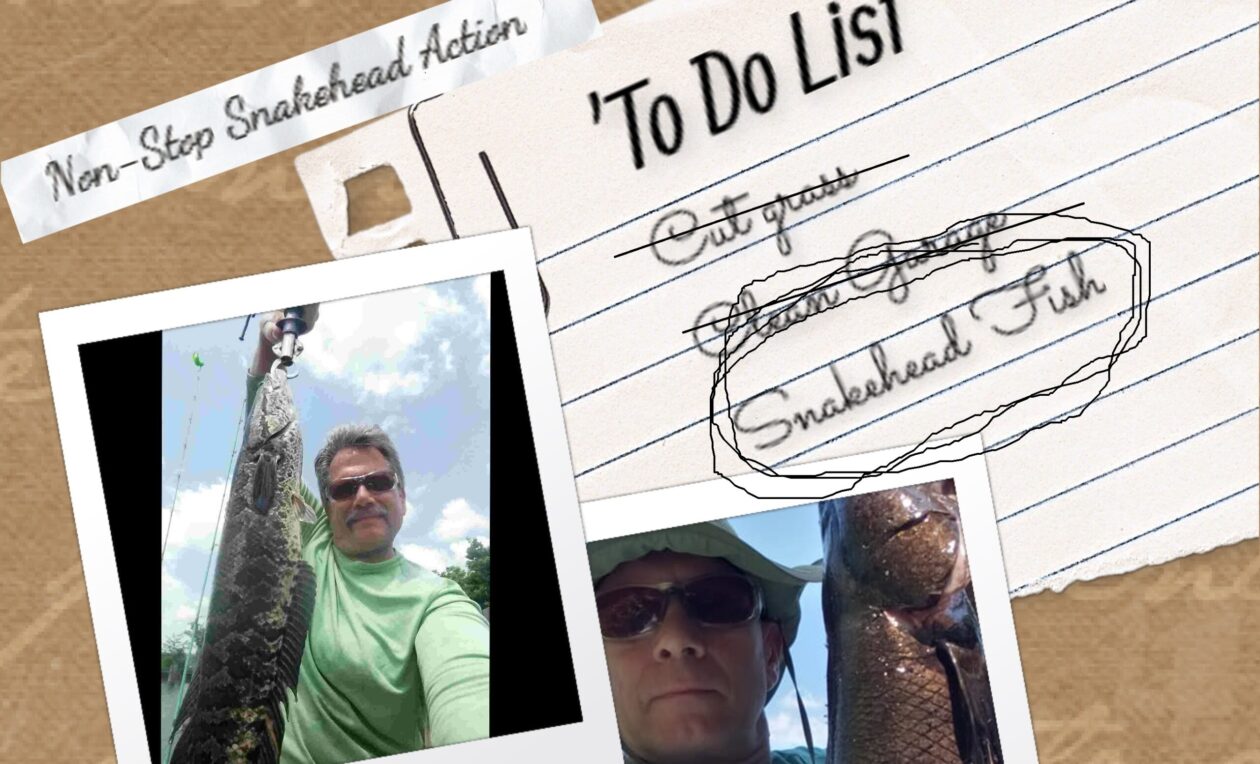 Emanuel with one of his 16lb, 37″ snakeheads back in 2016 and now in 2020 he has more 16lb fish than any snakehead fisherman I know!  He slays them every season and eats most of them~!

He’s been at this for a while with good results.  Always has a good year with quite a few big fish in his kayak.

He just got beat and beat bad… the new record is now 19 lbs. 5 oz.  just caught by Emanual May 2018.  Waiting for the official paperwork to come back as I write this.  But Luis had a great title for a while…

I met Luis in May 2105  at the Maryland Snakehead Tournament which unfortunately is no longer being held.  No world records were caught that year but he did take 2nd place for the most fish caught.  Luis is professional photographer who loves snakehead fishing.  He was a real laid back guy and caught this monster on a Mepps Rooster Tail in in May 2014 on Quantico Creek in Virginia. Maryland Snakehead tournament in 2015 saw dozens of baskets like this full of snakeheads most taken by bow fishing.

My fun times have yielded good fish like these